Ten Pics: A Day To Remember The Darkest of Days

Posted on January 6, 2012 by Travis Thompson

On January 7 we’ll celebrate one of Cambodia’s most important national holidays, Victory Over Genocide Day.  Considering what’s happening in our world right now—countless murders at the hands of leaders in places like Syria—it’s more important than ever to remember and learn from what happened in Cambodia.

The following 10 pictures tell an incredible story.  (Most are from Time Magazine).

2. Some 2,000,000 Cambodians died during the Khmer Rouge regime—about a fourth of the country’s population at the time.  This picture is a suspected Khmer Rouge member being held by Lon Nol soldiers. 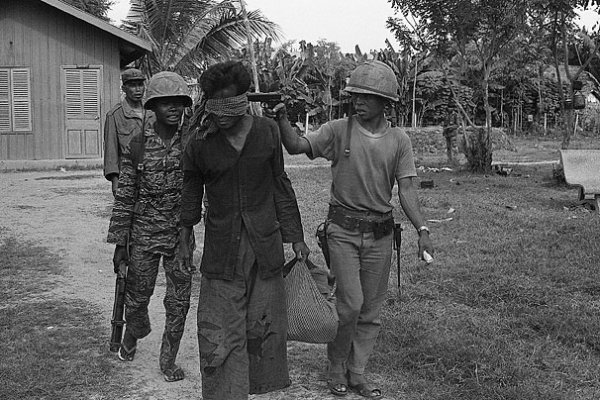 5. Millions more suffered in forced labor camps across the country for four years.

6. On January 7, 1979 Vietnam invaded Cambodia forcing the fall of the Khmer Rouge in Phnom Penh.

7.  Cambodians fleeing the country faced brutal conditions in Thai refugee camps.  1979 marked the beginning of a long road.  These refugees were pictured on the border trying to get away in 1985.

8.  Countless human remains were discovered in killing fields across the country.  This picture is from 1981. 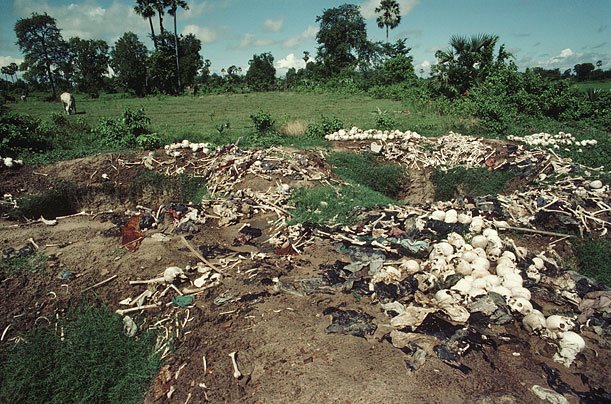 9.  For decades after 1979 Khmer Rouge holdouts spread violence and killings as they hid in forested areas.  The last Khmer Rouge soldiers didn’t surrender until 1999,  just over ten years ago.

10.  This was the Victory Over Genocide Day Party I went to in Puok last year.  We’ll be partying again this year for so many reasons.

Click here to see how classrooms that I teach in today used to be part of a regional torture prison for the Khmer Rouge.  I am surrounded by former killing fields every day.

To see some of my other experiences with this horrible history click here.

6 Responses to Ten Pics: A Day To Remember The Darkest of Days